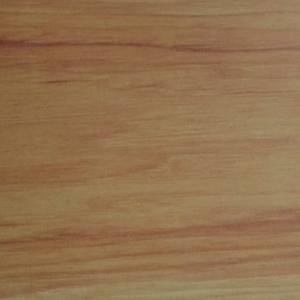 The stated weight (kg/m³) is measured with a moisture percentage of approx.12%. Whitin the Eastern hardwood forests the hickories are an important group. Botanically they are split into two groups; the true hickories, and the pecan hickories (fruit bearing). Virtually the wood is the same for both and usually sold together.

Its pale yellowish brown sapwood is clearly distinguishable from its heartwood which tends to be light to medium brown with a reddish hue. In the wood trade industry we often use the sapwood of Hickory, because trading in hardwood is almost impossible because only at late stage of growth some heartwood will arise.

However, Hickory belongs the hardest and strongest wood species. Hickory is well known for its density, stifness, hardness, strengthness and shock resistance. Altough, these characteristiscs strongly depent on the growth rate of the tree which can be derived from the width of its annual growth rings.

Hickory is pretty difficult to work with, because tearout is being common during machining operations. Besides is rated as non-durable to perishable and susceptible to insect attacks.

* Various species of Hickory and Pecan (Carya genus) are typically mixed together and simply sold as Hickory. Prices are usually in the low to mid range.